If there is a problem with your house that affects the integrity of its structure, this would be called a structural defect. The fault could be anything from a leaky roof to cracks in the walls, and could be apparent right away or imperceptible for months or years after (known as latent structural defects).

There are many possible causes for structural defects, which can be standalone problems or inter-connected issues that make each other worse. Whatever the cause may be, overlooking structural defects can allow them to deteriorate even further, putting your home at risk of potential collapse.

While most structural faults are related to negligence during construction, and often come back to the foundations and load-bearing walls, this isn’t always the case. Here are five of the most common causes of structural defects in houses, and what you need to do if you spot them in your own home.

One of the biggest contributors to structural flaws is poor workmanship. This involves builders using incorrect materials and failing to install elements properly. While this can also apply to plumbing and electrical wiring, the more serious problems usually affect the walls, floors, foundations, and lintels.

For example, inadequate support around door and window frames can cause cracking and fracturing in the walls, weakening the masonry. If the walls are slanted or the flooring isn’t laid evenly, or the foundations underneath aren’t deep enough, it could eventually make the whole structure buckle.

This is why it’s so important for construction work to comply with the relevant building regulations and safety laws, and follow the specifications laid out in the plans. It’s also important to have a structural warranty in place, so the provider can carry out inspections throughout construction.

Of course, construction workers could follow the building plans to the letter with no deviations, and structural defects could still occur if any of the designers made a mistake. For example, a structural engineer consultant could miscalculate the load-bearing demands for a wall that later falls down.

Multiple parties are usually involved in preparing project drawings and identifying the performance requirements, materials, and suitable application methods. Any of the architects and engineers can make an error, or fail to notice someone else’s, at any stage in the planning and designing process.

This can also happen if you decide to make structural alterations to your home at a later date. For example, if you wanted to add an extension or knock through a wall a few years after completion of the original structure, additional loads and changing weight distribution must be carefully calculated.

Settlement is one of the main causes of structural movement. The weight of the structure causes a primarily downward movement as it compacts the soil underneath it until the building settles for good. If it sinks evenly and not too deeply, known as uniform settlement, this won’t be too bad.

However, if tipping settlement occurs – where one side stays in place and only one end of the structure sinks – your home can end up tilting, with leaning walls and sloping floors. This often becomes noticeable when doors and windows either keep swinging open or sticking in their frames.

The worst kind is differential settlement. Unlike tipping, when the foundation stays intact, this type causes more damage. Part of the foundation stays in place while a section of it shifts or drops down, which can cause the structure to pull apart. This is the most difficult and costly type of shifting to fix.

Subsidence is the downward sinking of a structure caused by loss of support under the foundations. This usually happens when clay or sandy soil shrinks as it dries out, due to warm weather or nearby tree roots drawing the water out. Any type of excavation below the structure can also cause this.

The opposite can also happen, when too much moisture causes the soil to swell and pushes up the structure. This is known as heave. If the soil under the structure either becomes compact and dry or wet and loose, this can lead to the shifting and cracking due to the stress on load-bearing elements.

You should be wary of ‘slope creep’ as well – when a landslip can suddenly happen after gradual downhill movement of the soil. It happens so slowly that many homeowners don’t notice until it’s too late. Invasive weeds and climbing plants can also be a problem if they destabilise the masonry.

If gaps in the structure aren’t properly sealed, whether that’s waterproofing on the roof or mortar between bricks, then moisture can find its way in. It doesn’t have to be a flood to cause problems – a gradual leak can cause damp, mould, and rot, weakening structural elements until they crumble.

Water ingress can lead to issues like bowing walls, sagging roofs, and warped floors. Cracks around windows and doors are often signs of a deteriorating structure. Defective or damaged plumbing or gutters, and poor ventilation or thermal insulation, can also contribute to problems like these.

Air flow and temperature management are just as important because they can also cause materials to expand and contract. Consistent and extensive expansion and contraction eventually causes cracking. Not only is this visually unappealing, but it also compromises the stability of your home.

What should you do about structural defects?

The last thing you want is for your mortgage or sale to fall through because of poor construction that wasn’t necessarily your fault. It’s likely that a situation like this can be avoided by getting a structural warranty early on, with chartered surveyors inspecting the building work regularly on your behalf.

If you notice any signs of structural damage or suspect something might be wrong with the building, contact your structural warranty provider as soon as possible. In the event that you don’t have a warranty, you can book a one-off structural assessment, where a qualified professional diagnoses the problems with your structure and advises you on what needs to be done to rectify the defects. 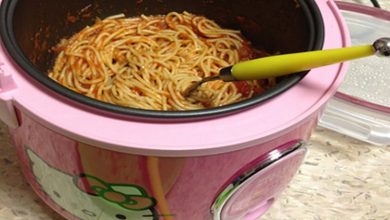 6 Surprising Things You Can Cook With a Rice Cooker 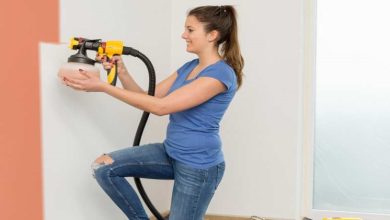 What are the different kinds of paint sprayers for interior walls? 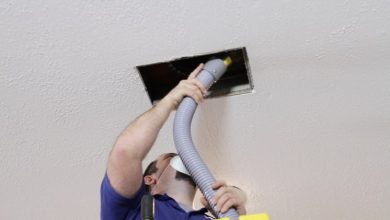 Should You Have the Air Ducts in Your Home Cleaned? 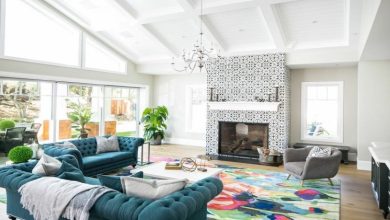 INTERIOR 101: A GUIDE TO FLOORS AND WALLS